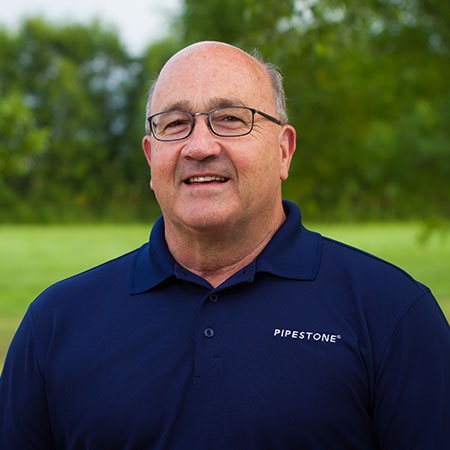 Dr. Michael Schelkopf is a Veterinarian specializing in swine medicine and production. As a native of Sycamore, Dr. Schelkopf attended Sycamore High School then continued his education at the University of Illinois where he graduated in 1974 with a Bachelor’s Degree in Animal Science. He attained his Doctor of Veterinary Medicine degree in 1978 also from the University of Illinois.

Dr. Schelkopf has three children, Christopher, Andrea and Colin, and two grandchildren whom he enjoys spending time with along with his very active 88 year old mother, Bernice. Christopher received his doctorate in Veterinary Medicine from the University of Illinois in 2011 and has currently moved back home in 2018 and is practicing in the family’s companion animal practice in Sycamore, IL. Christopher and his wife Megan have two daughters Lily 3 and Edie 1. Andrea is currently working with the DeKalb County Farm Bureau in their ag communications department. Beginning with their late father Russell Schelkopf to Michael and their mother Deborah, Chris and Anna continue the family’s passion for veterinary medicine. When Michael finds free time he enjoys skiing, hunting, golf, forest conservation, and wild life habitat.