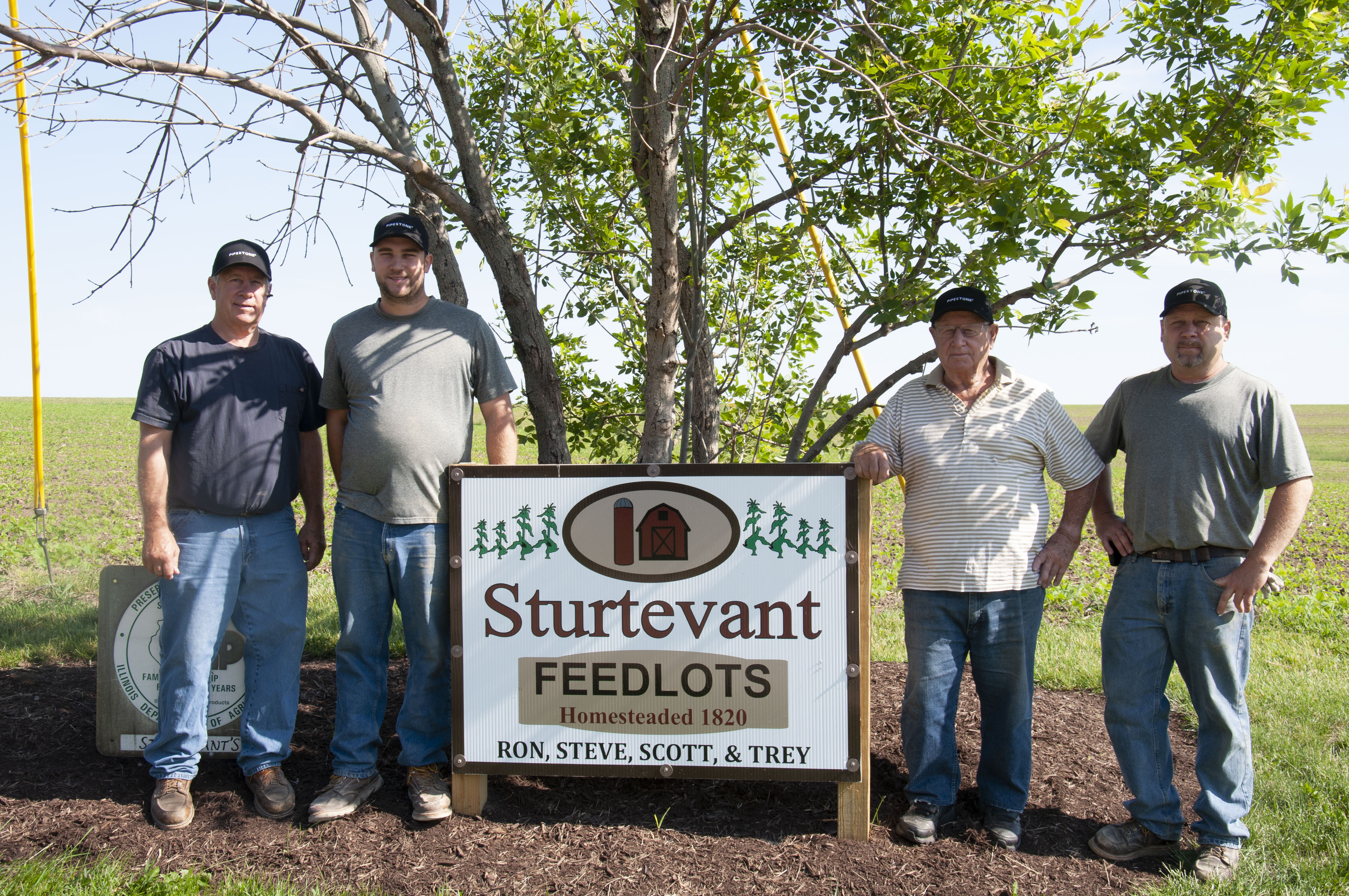 Responsible antibiotic use is a subject American pig farmers are accustomed to. Consumers expect it and packing plants require it. Utilizing resources through PIPESTONE, Sturtevant Feedlots has taken their antibiotic stewardship to the top of the industry.

Scott Sturtevant farms in Shannon, Illinois alongside his brother, Steve, son, Trey, and his father, Ron.

“It’s been a real blessing working with family,” Scott shared.

Sturtevant Feedlots is a wean-to-finish operation finishing 16,000 pigs each year. In 2017, when Bethany Health Services joined the PIPESTONE team, the Sturtevants transitioned as well.

Questioning the Road to Success

“The questions after seeing benchmarking data from PART were driven by them,” Dr. Feuerbach mentioned. “Questions like, ‘why are we higher than the rest of the industry and others working with PIPESTONE in antibiotic usage?’ motivated the Sturtevants to drill down and look deeper into their usage.”

“It really shifted our mindset,” Scott said. “We want to tell a better story and make consumers feel better about what we’re doing on our farm. Consumers want to know they are getting a healthy pig, and we want to do our PART in making them feel comfortable buying our product.”

Dr. Feuerbach has worked with Sturtevant Feedlots for nearly 20 years.

“Sturtevant Feedlots is a leader in many different areas. They are extremely good producers and leaders in production, average daily gain and feed conversion. Anything they can be leaders in, they put a lot of effort into being the best they can in those areas,” Steve said.

The agriculture industry is one where responsible antibiotic use is a must. Knowing this, the Sturtevants, with the help of Dr. Feuerbach, started making change to their antibiotic administration methods to deliver high quality market pigs to the American food supply. 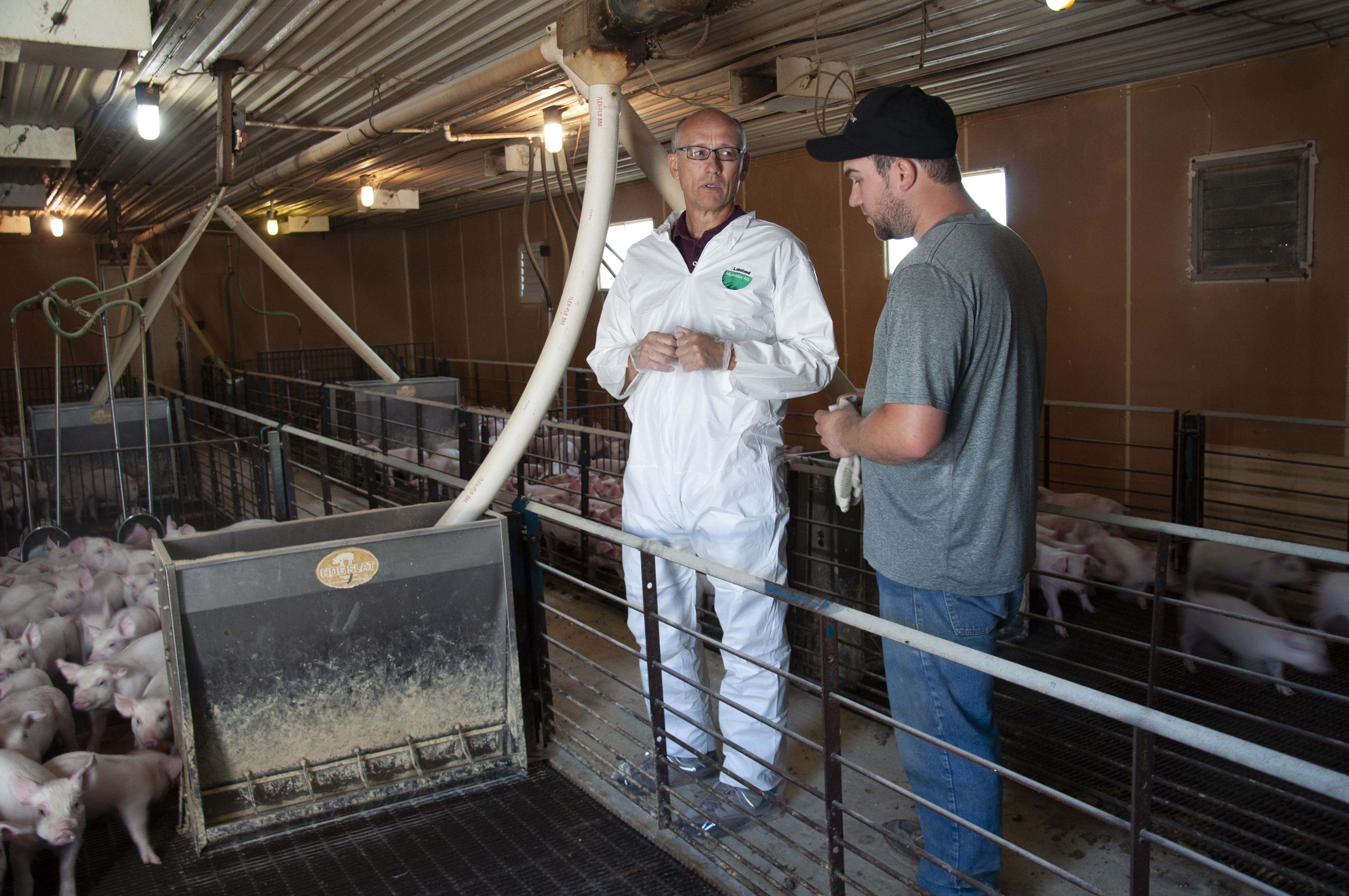 “The unique aspect about Sturtevant Feedlots is they challenge me as their consultant to challenge them to be better. Antibiotic usage on their farm was one thing they challenged me to evaluate, and I think that says a lot about them as producers,” said Dr. Feuerbach.

The first step taken was to evaluate feed records. They switched to an individual pig care approach versus a whole herd treatment. One concern of Scott’s was an increase of animal health challenges, which was quickly erased. With better antibiotic practices, the Sturtevants were able to focus more on management practices.

“We’ve done a number of things [to make a change] including doing every other management practice better than we did before,” said Scott.

Scott credits Dr. Feuerbach as a key player in encouraging the farm to become members of PART.

“We’re able to be better managers because of PART,” Scott said.

They’ve started washing building better, adjusting temperature curves in the barns and switching to water medication where needed, only as needed. Scott made the adjustment to target specific animals in need of antibiotics, compared to historically treating the whole herd with a feed antibiotic.

“The responsible use of antibiotics is not only fiscally and financially important for our farm, but more importantly, it’s the right thing to do,” Scott said. “One of the things that motivated us was telling our story to other people.”

Scott enjoys sharing his farm’s story with the public. The farm is located in a lively community of pork consumers. Once Scott shares he’s a pig farmer, fellow community members are eager to learn more. They ask about antibiotic use as well as how Scott cares for his pigs each day.

“We raise too many pigs for everyone to know the farmer that raised them. Consumers need to know that the meat they’re getting from packing plants is a quality product,” Scott said. “As a consumer, I expect that from the food I eat, too.”

Through PART, producers can compare their records to others in the industry, while keeping their data private. 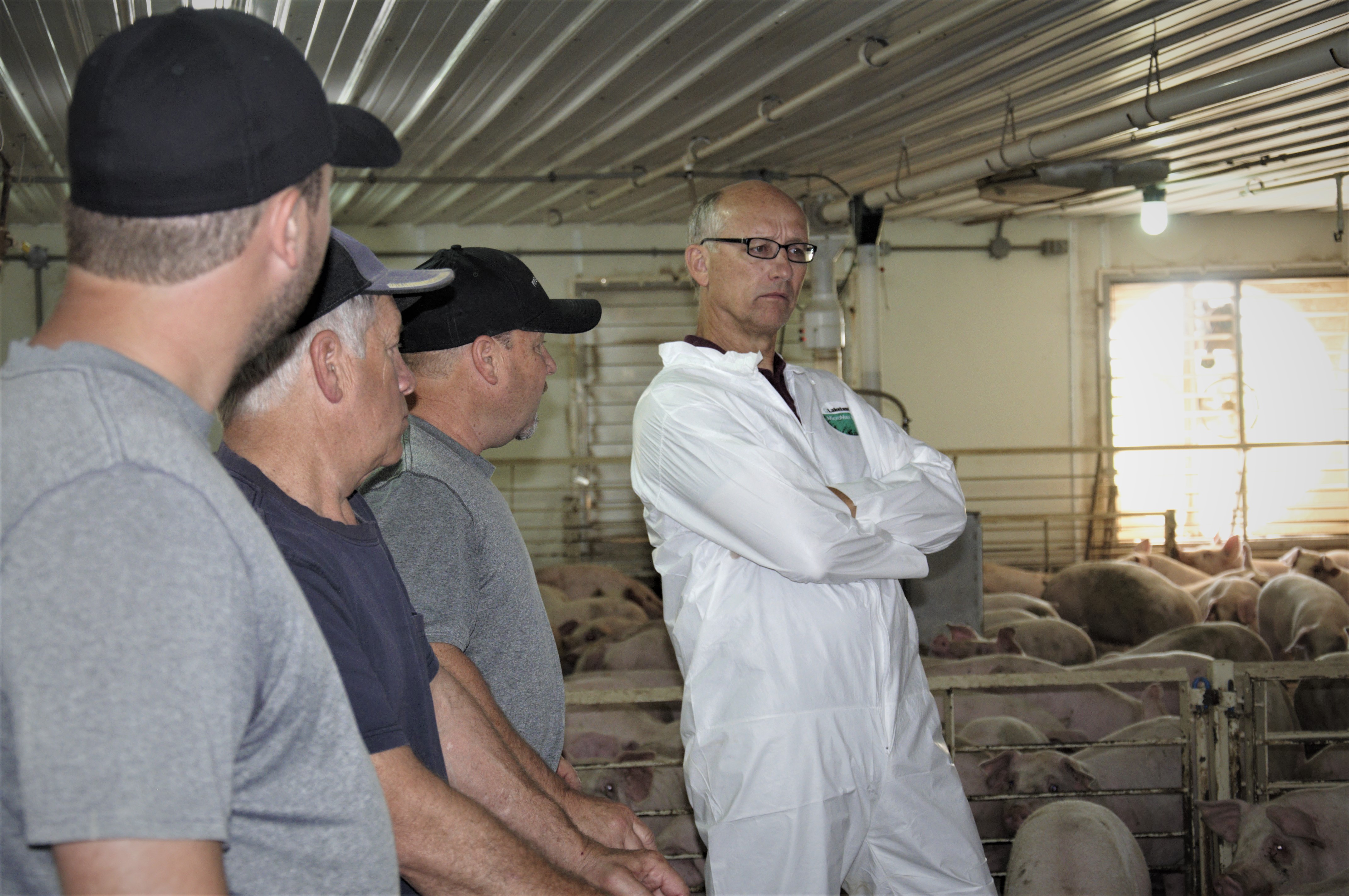 Dr. Feuerbach has been very impressed with the progress Sturtevant Feedlots has made and hopes other producers can do the same.

“Quite frankly, we’ve reduced their antibiotic usage by two-thirds of what they had at one point in time, while not giving anything up on the animal welfare side,” noted Steve.

The success Sturtevant Feedlots has seen after becoming members of PART is proven through their records. They remain to be leaders in the industry and pave the way for others to do the same.

“You need a baseline and records,” Scott said. “Evaluate where you are and where you want to be. Ask yourself, ‘is there something I can do on my farm to help reduce antibiotics?’ If you say no, I’d tell you to ask yourself the same question tomorrow,” Scott laughed. “I bet there’s something you can do.”

Bringing Value for Generations to Come

Although working with family proves it’s challenges, Scott shared he’s been blessed to work with his. He and his brother, Steve, have worked with their father to create the farm of today, and hopes to make improvements to set his son, Trey, up for a better farm of tomorrow.

What does that look like for Scott? Efficiency. Sturtevant Feedlots is in the process of becoming a three-site operation. They are building a nursery site, wanting to improve the health of their pigs by giving them more space.

Sturtevant Feedlots is a great example of a success story through PART. The changes they’ve made to their farm have been through passion and a drive to be better.

“I think one of the main things for producers to do is really take a look at their antibiotic usage, which requires them having good records. It’s hard to manage what you don’t measure,” Dr. Feuerbach said. “I think a lot of producers in the industry can do the same thing as Sturtevant Feedlots has done.”