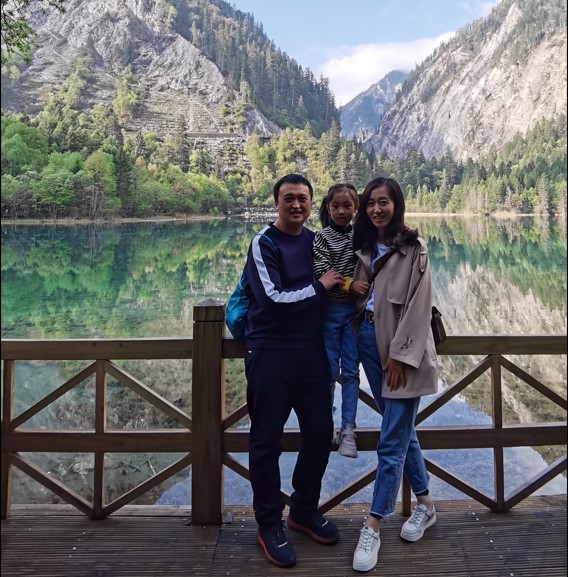 20 years ago, PIPESTONE started consulting in China. Consultation then turned into management, and later, ownership. Today, PIPESTONE is a minority owner in Riverstone, the operations group in Shandong Province. PIPESTONE oversees day-to-day operation for Riverstone, and Dr. Luke Minion serves as Chief Executive Officer and Chairman of the Board. In China, Riverstone is managing 100,000 sows at 17 sow farms.

Tell me about yourself:

My name is Duan Lian Mao. I am the Production Director for Riverstone in China. I graduated in 2008 and have worked as both a farm manager and supervisor in China. My wife and I were college classmates and married in 2013. In 2014, we had a baby girl. My wife is working in an animal disease testing center of the government. Due to the travel required with my job, I miss a lot of great time with my family and even missed my daughter’s birth. When I do get to spend time at home, I like to take them shopping, out to a restaurant, watch movies, play games and read.

I also have an honorary “brother” named Simba. Simba and I have known each other for 17 years and only 2 of those years we were not together. Simba and I were college classmates and lived in the same dormitory for 4 years. After graduation, we joined the same company named Besun, which was PIPESTONE’s first client in China. While working at Besun, we met Dr. Luke Minion, Dr. Gordon Spronk and Dr. Cameron Schmitt. Today, we both work for Riverstone. We are grateful to work together. We have the same value of life, same career planning and share everything. Together, we have experienced the companies yesterday, today and tomorrow. I am glad that Simba is a good life friend and working partner.

How did you get involved with PIPESTONE? 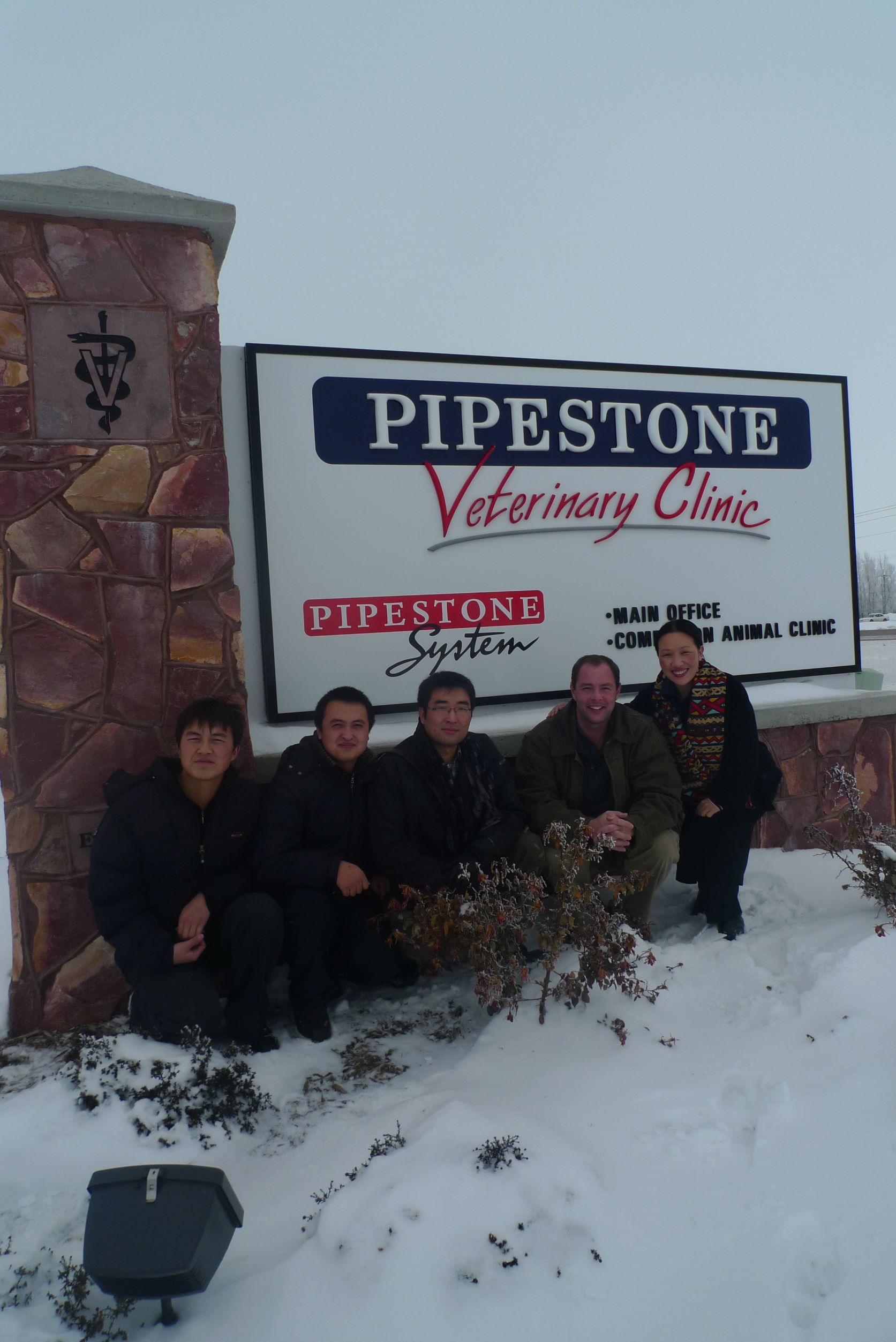 I developed a relationship with Dr. Gordon Spronk, Dr. Luke Minion and the China team, which started my connection with PIPESTONE in 2010. PIPESTONE officially started business in China in 2013.

The first time I met team members from PIPESTONE was the first time I had met someone from a different country. Before this involvement, I was not fluent in English. Through working with PIPESTONE and watching American movies, I can now read, speak and help translate for others on the China team.

What are some production differences in China, when compared with the U.S.?

The culture in China is very different than the U.S. Uniting the team as one is crucial to making progress and producing healthy pigs. I work hard to unify all team members toward the same goals. African Swine Fever (ASF) is a great challenge in China. Without a great team, it’s hard to enforce protocols and combat the disease.

In China, the industry is moving very fast. Before ASF, the top 30 pork producing companies still only owned about 10% of the sows in the country. That was at a time when China had 40 million sows. In the last 3 years, we have about 25-30 million sows in the country, and the top 30 companies own about 30-50% of them. But again, they are having more challenges with disease, which is why proper management, barn design and protocols are very important. We still have a long way to go in China.

What is Riverstone’s reputation in China? 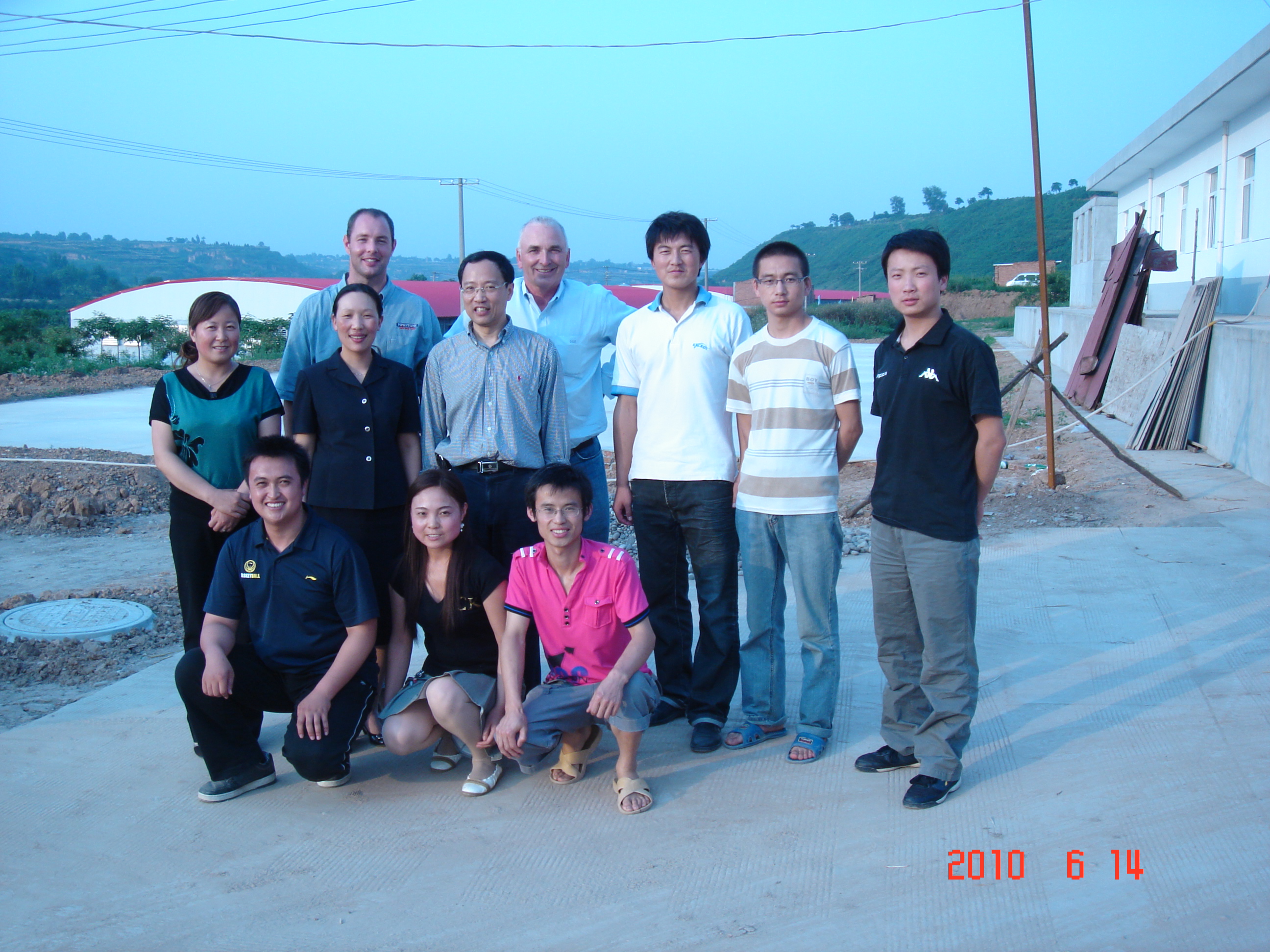 Riverstone has done a great job in leading the pork industry in China. Our China team members are very proud of the work they do and are honored to be members of the company. Riverstone team members share what they know with other producers in China to help them improve their operations. The team in China is one with the PIPESTONE team in the U.S.; and the Riverstone brand is very well-known throughout the country. In the last 10 years, Riverstone has continued to be leaders and other companies know our value.

What does PIPESTONE mean to you?

PIPESTONE has given us very valuable lessons such as pig genetics, nutrition, health, and management. The first time I visited a PIPESTONE managed sow farm in the United States, I spent three weeks learning about the farm’s operations. After that, it opened many doors to the possibilities in China. I am very proud to work with the team from PIPESTONE. I consider myself very lucky to work for one of the top companies in the industry.

How has Riverstone changed the industry in China?

The protocols and practices PIPESTONE first brought to China were unheard of and very new. It took a lot of explaining and time to teach us their knowledge.

What is the life of a swine tech like in China?

When we talk to the public, our job is raising pigs. Most of them won’t understand that we are educated on raising pigs. In the end, there is a lot of prejudice.

Farm life is enclosed and tedious because you must stay in the farm dormitory for about 24-25 days and only can go out of the farm once per month. Some companies also like to do a people closure to reduce the biosecurity risk in winter time. The close requires you to stay at the farm for 3-5 months. This is tough for team members and their families.

Thanks to ASF, more and more people know how important the swine industry is to society. For example, the highest pork price was 60-70 RMB/pounds ($9.41-$3.14), so the industry and practitioners get respected.

What would you like producers in the U.S. to know about China?

China’s market is amazing. China is the biggest pig producer in the world- if you want to be successful selling pigs, you can do that in China. There are more challenges, but there are also more opportunities. Like I mentioned, Riverstone has been leading China for 10 years already.

PIPESTONE has been able to learn a ton about ASF from being in China. If it were to enter the US, we would be much more prepared from the knowledge we’ve gained in China.

What is your favorite memory working with the PIPESTONE team?

The first time I went to a managed barn, there was a  big snowstorm. I was riding with Dr. Luke Minion, and despite the snow, he was still driving 70 mph! I was so nervous the whole drive. It’s still a great memory of mine today.